Cheesy Chicken Corn Chowder (skinny), without cream, but does not sacrifice the taste or flavor. It’s sooo…good, but without the guilts! My family loved this so much I had to make it twice this week!

So… what did you guys do for Valentine’s Day?

Oh, you want to keep it private?
That’s okay, you don’t have to tell me if you don’t want to.

I myself have nothing exciting to share.
Once you have kids, Valentine’s Day is just another day.
Except with flowers and chocolate.

And heart donuts.
Courtesy of the hubs.
Or more accurately, courtesy of Dunkin Donuts. 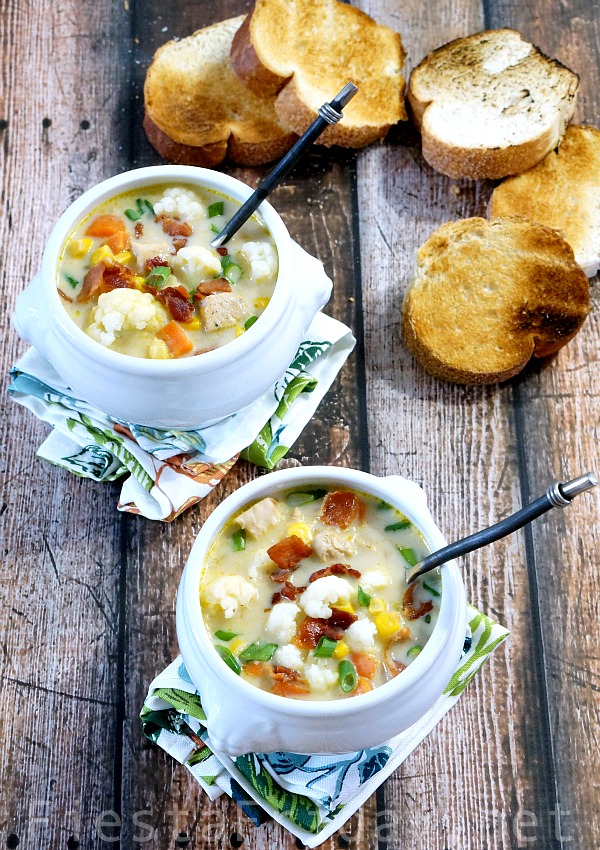 Oh, and I got new earbuds, too.
Courtesy of the hubs.
Or more accurately, courtesy of Apple.

My old ones broke.
I think I’m the only person in the world who manages to break her earbuds.
How? I think I’d like to keep it private.
Just so I won’t reveal how careless I can be.

Anyway, in return for his gifts, I made the hubs this soup. 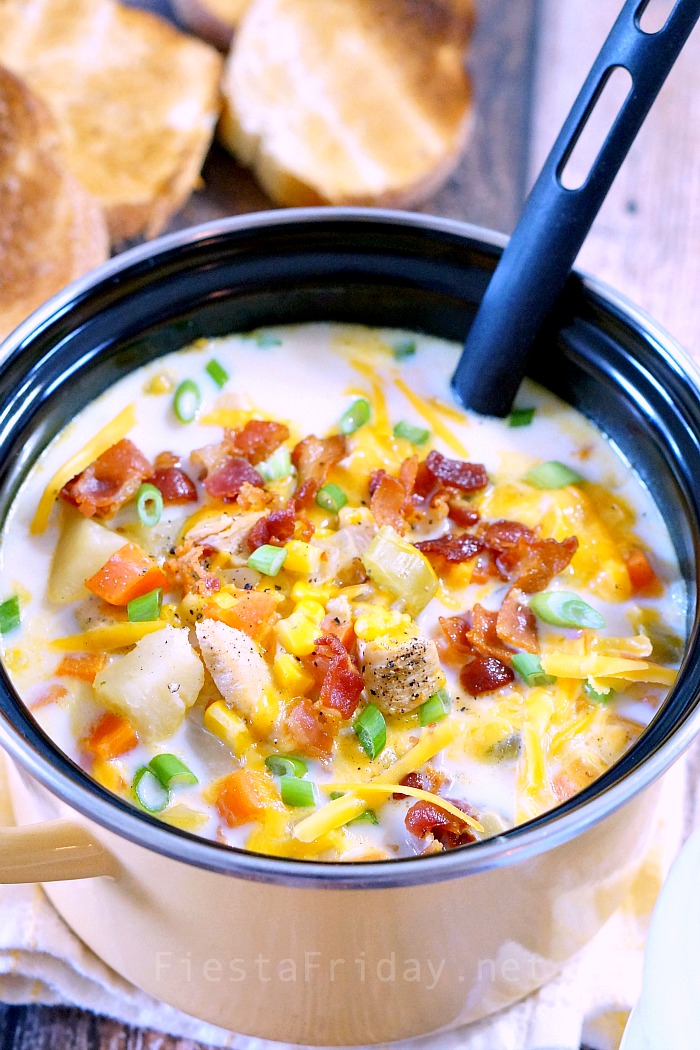 Actually, the soup was more for me.
I’m more of a soup person than he.
So, I guess I didn’t exactly give him any present.
Except for the Blood Orange Tart, which he looked at.
And looked at some more.
And then he ended up only taking a bite of the crust.

He claimed he was giving up sugar for Lent. 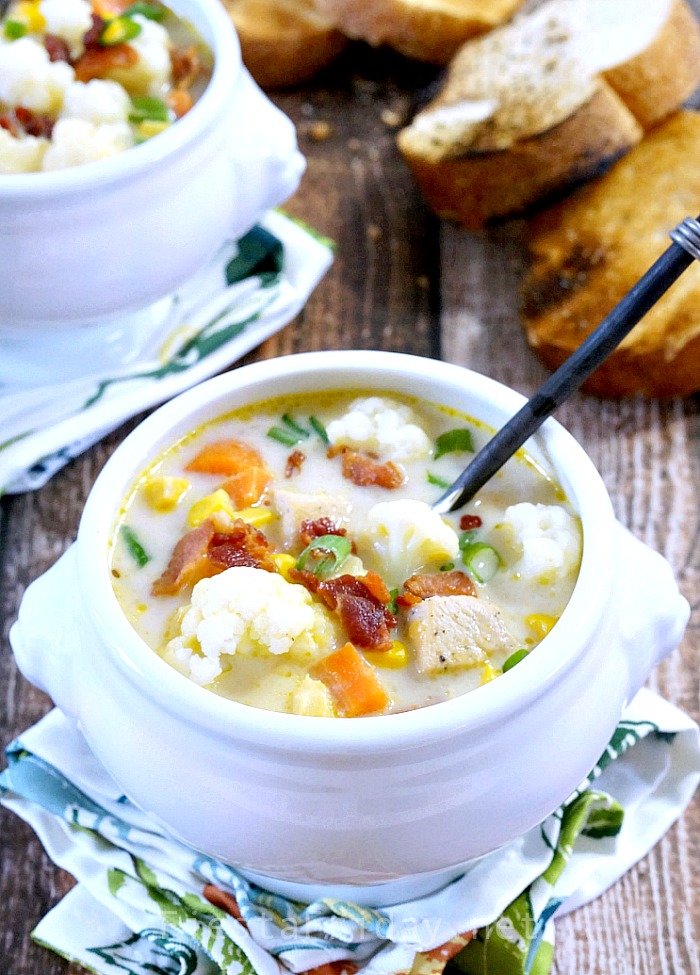 That’s the story of the husband and the tart.

So, I guess I really didn’t give him anything in return.
But it’s not my fault.
I told him I didn’t want anything.

But he said he wasn’t buying it.
He said when I said no, no, no…
I really meant yes, yes, yes…
Uhm… not really, I said, in my most patronizing voice.
No means no.

But was he even listening?
Of course not.
The flowers and chocolate are an annual thing, whether I want them or not.

And I responded in kind.
Whether or not he wanted the soup,
He was getting it.

This site uses Akismet to reduce spam. Learn how your comment data is processed.

My daughter promised to show me how to make this T

Hey, you — stop scrolling! I know you have lefto