“Halloween Naan, what IS that?!”

I can almost hear your puzzled thought. Well, puzzle no more. Let me end the mystery.

You know what naan bread is, right?! It’s that fluffy and bubbly and occasionally charred Indian flatbread that’s crispy and yet chewy at the same time – in short heavenly.

Well, I’ve given it eyes and a mouth to resemble a screaming face. Bada bing bada boom! 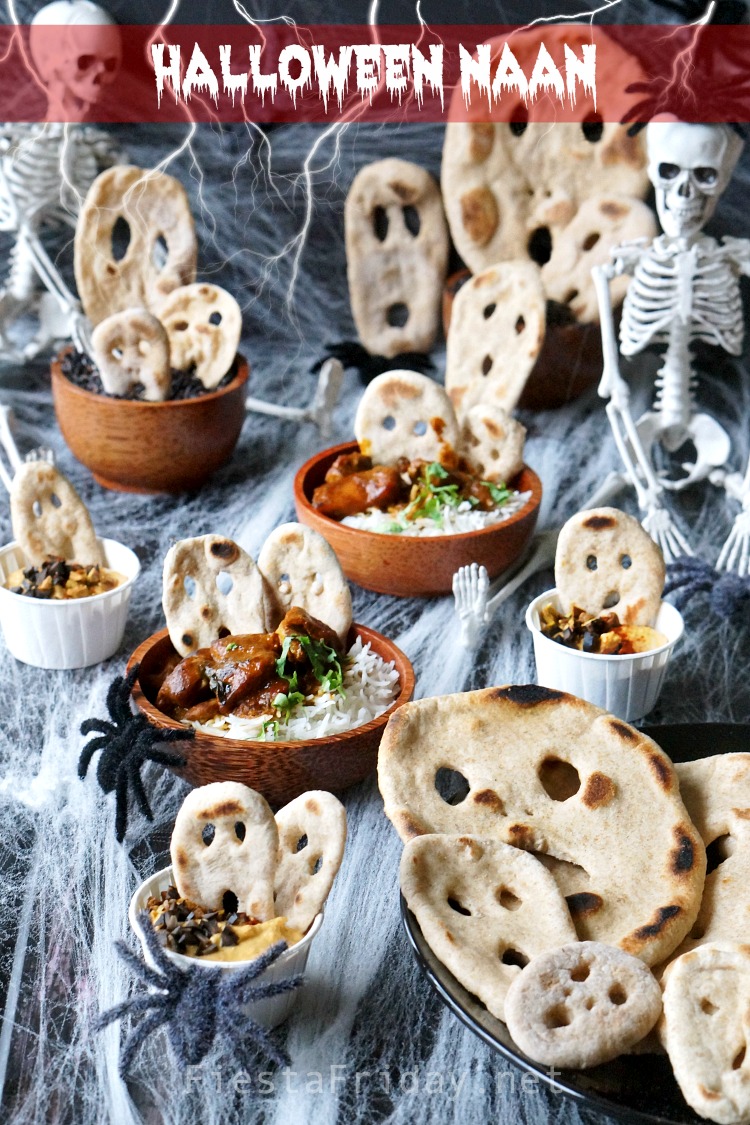 Am I the only person who thinks of The Scream by Edvard Munch whenever I see a naan? The very shape of naan, often described as teardrop, reminds me of the face from the iconic painting.

Let me show you why.

Here is the Munch masterpiece. The Scream, courtesy of www.edvardmunch.org

Here is the naan. 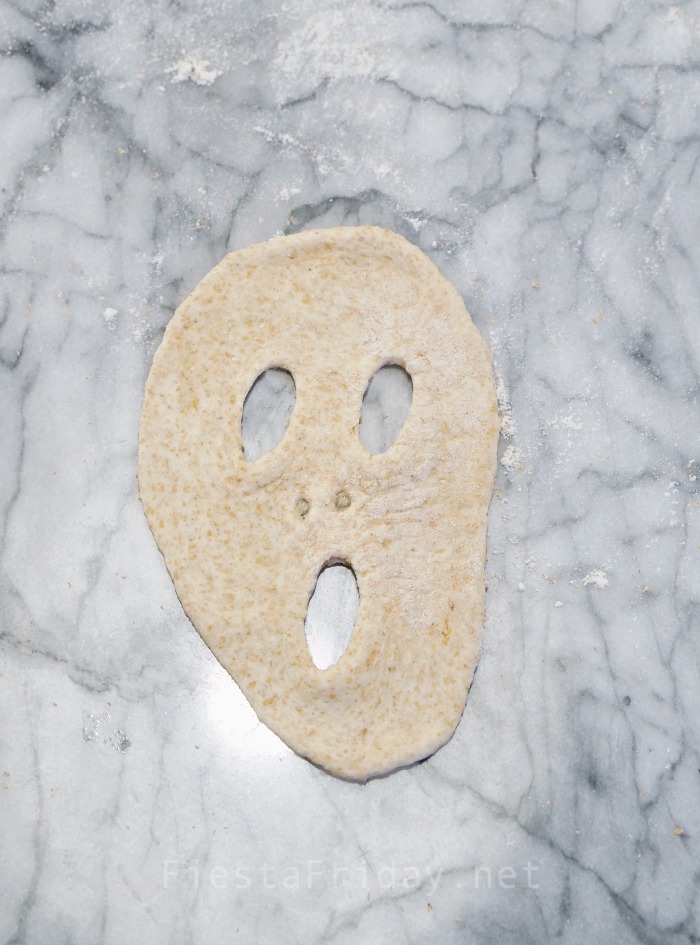 I call it The Screaming Naan. It pretty much creeps me out right now just looking at it. It looks ominous, doesn’t it?

Okay, let’s not look at it anymore. Let’s look at the cute mini naans, instead. I call them naan dippers. 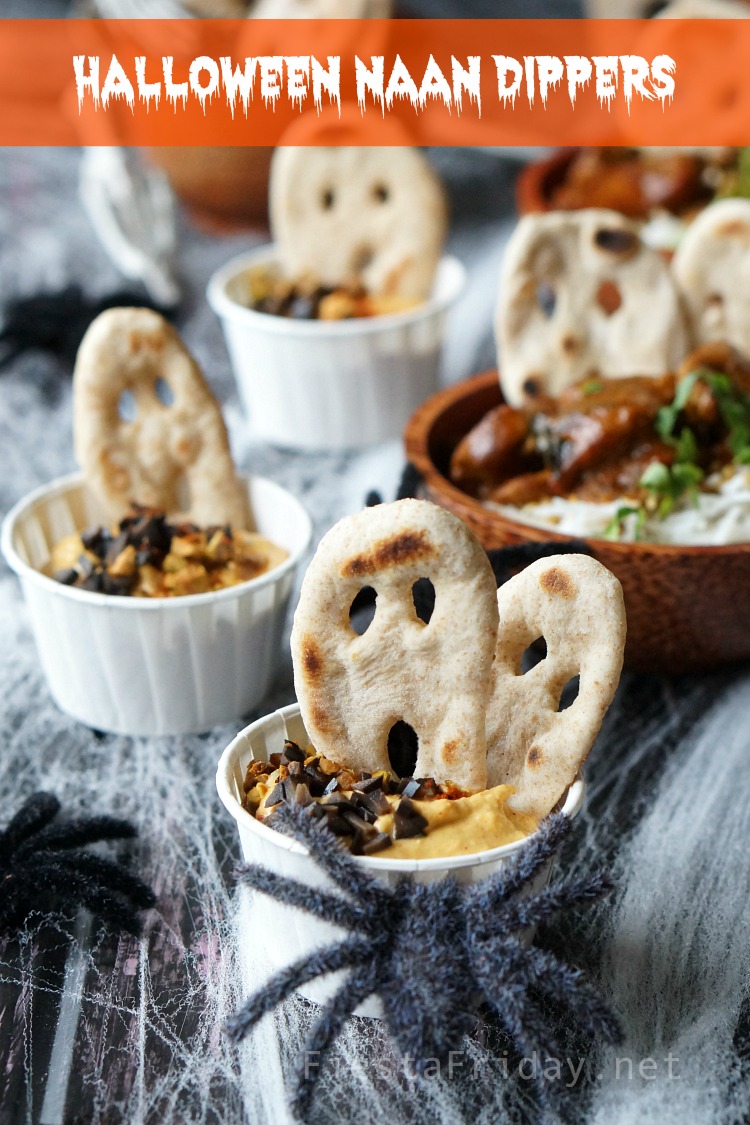 They started out innocently enough. 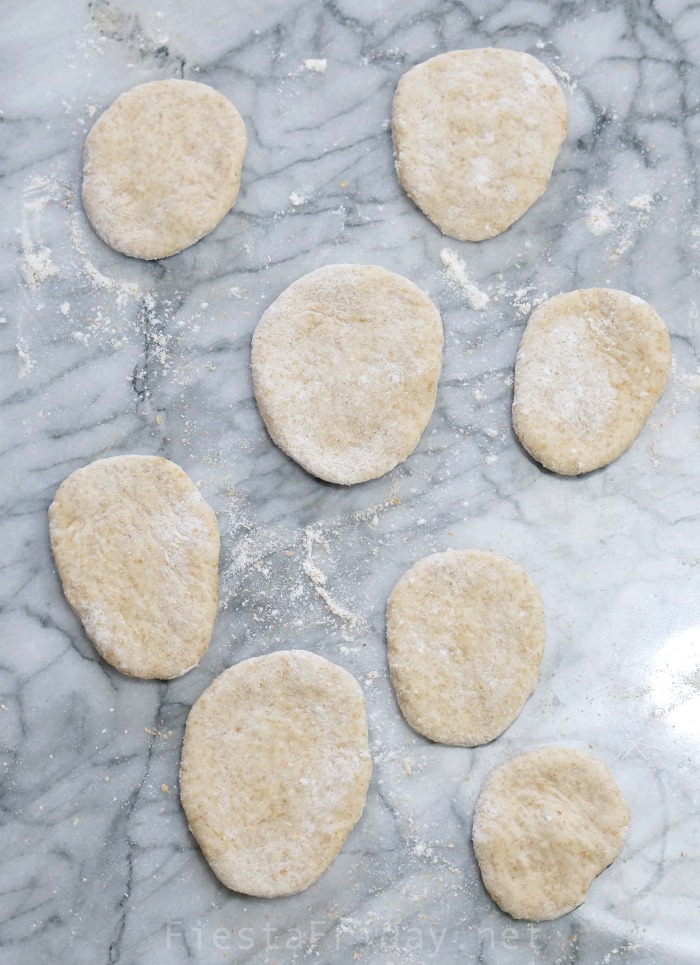 But I had a feeling those little naan dippers were just little faces silently screaming for their little eyes and mouths.

So, I obliged them. 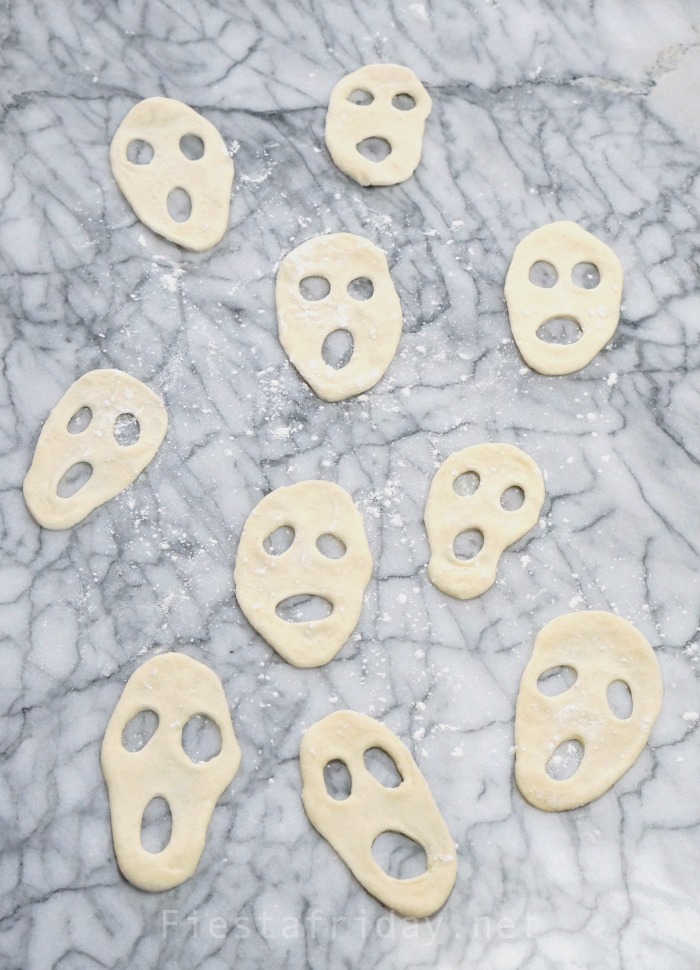 There, Halloween Naan Dippers are born. Sorry to creep you out once again, but it is after all Halloween week, so it’s time for Halloween Naan to break loose. But, look, these trio down here are not looking so creepy somehow. They’re downright comical. I call them The Three Amigos. 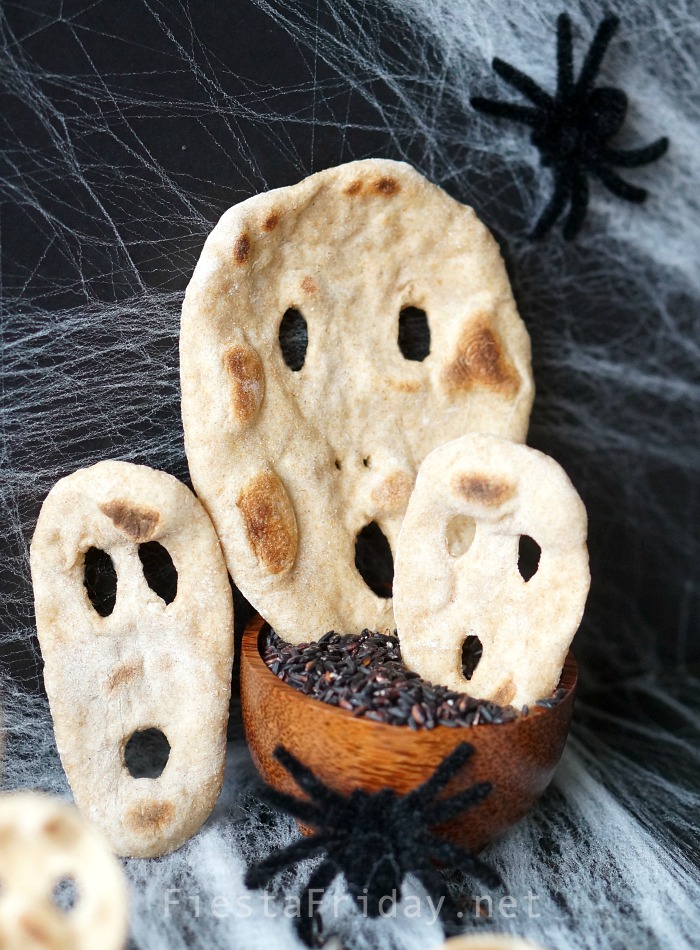 And what about The Family here? They’re not too happy being accosted by the stalking skeleton. 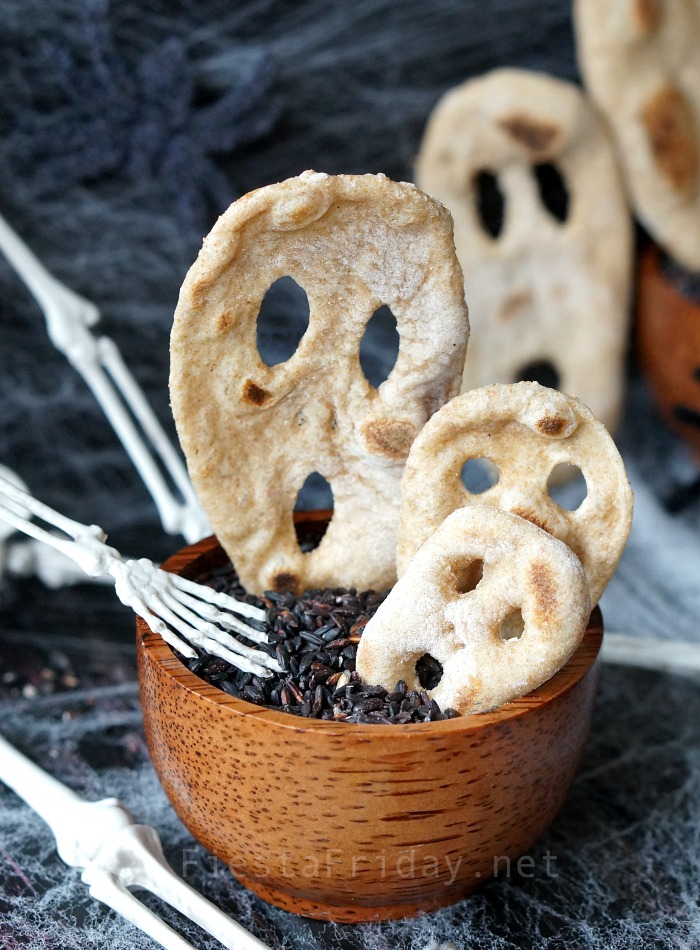 You can enjoy this “Screaming Face” Halloween Naan with some kind of dip, like this roasted pepper turmeric hummus. 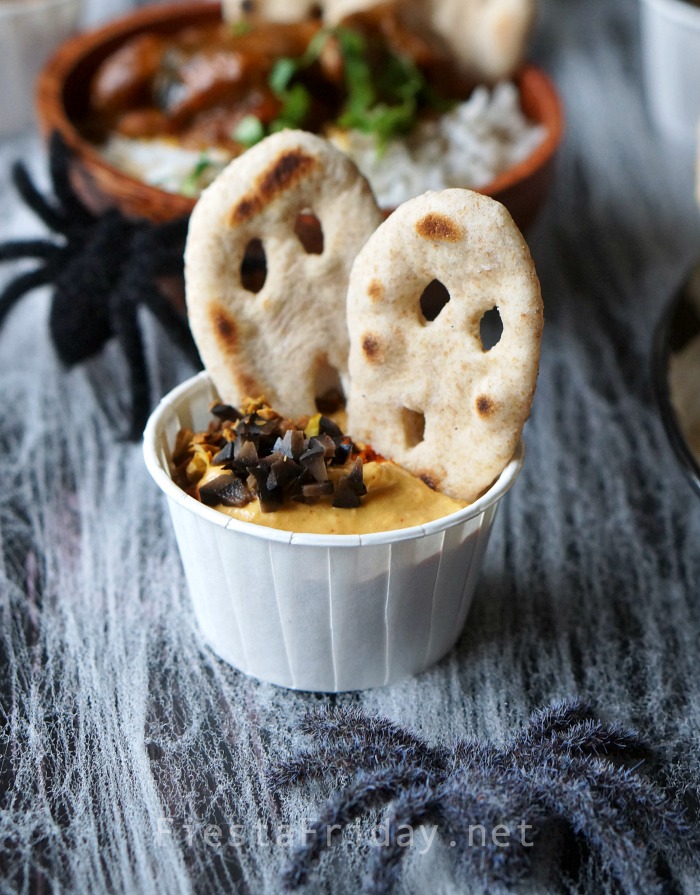 Or with your Indian curry. 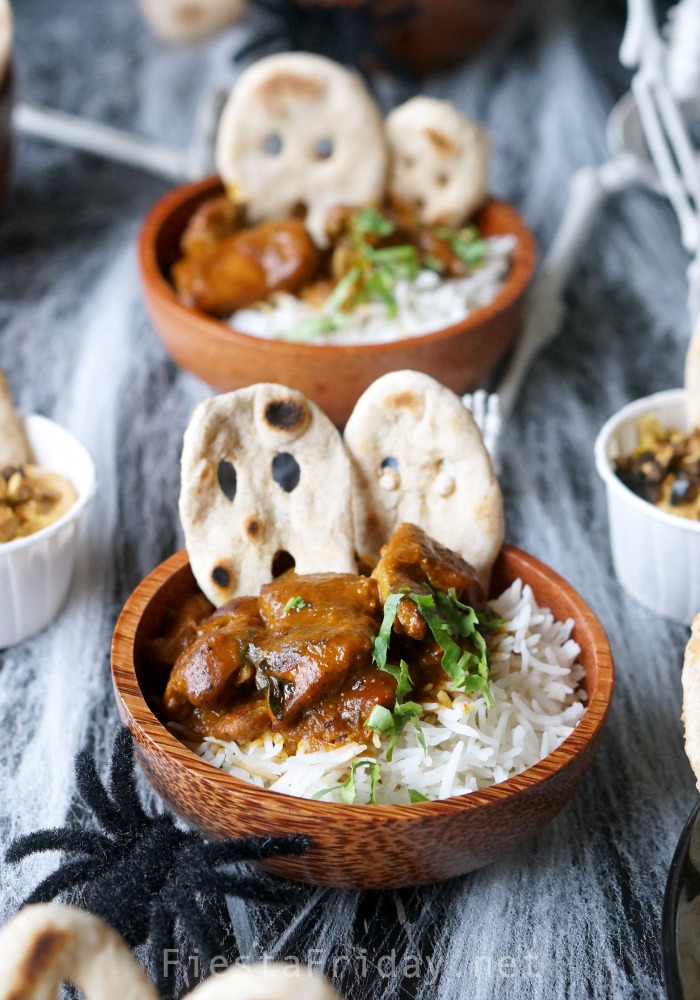 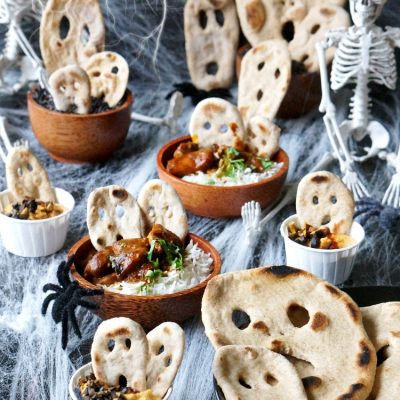 Save it to make later!

This site uses Akismet to reduce spam. Learn how your comment data is processed.

My daughter promised to show me how to make this T

Hey, you — stop scrolling! I know you have lefto